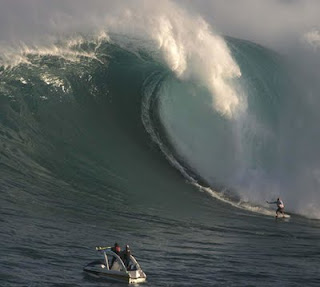 Grant Interviewed Garrett McNamara at Sacred Craft in Santa Cruz this past March! Garrett has been riding an Eco-Friendly tow board over the winter. The board is built with Marko EnviroFoam and Entropy Bio-Epoxy. As you will see Grant hit Garrett with all the hard hitting questions to get to the bottom of this cutting edge tow board! Thanks to Rey for the footage and editing.

Posted by Unknown at 9:06 AM No comments:

Wandering Around The XXL Awards with Juan! 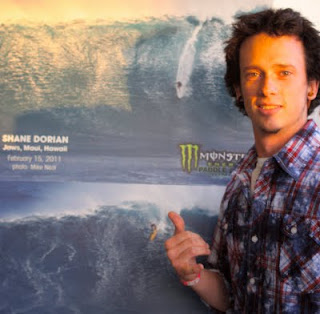 Every year the big wave surfing community comes together for the Billabong XXL Awards. This event acknowledges the best of the best and rewarding them handsomely for putting their lives on the line for the biggest tubes, the biggest wipe outs, and the best ride of their lives...so far! I was lucky enough to attend the event. The bar was great, the free monsters kept you jacked up the through the whole event, the sound and video made you feel like you were really a part of each wave! While walking around the venue you had ample opportunity to run into some true big wave legends as well as some other celebrity presenters such as; Doc Paskowitz, Jeff Clark, Mark Healy and his amazing leather tasseled jacket, UFC fighter Tito Ortiz, Playboy Bunnie and Miss April Jaclyn Swedberg and so many more. They were all completely accessible to the fans. This years event had it all, a live web cast, FUEL TV cameras and interviews, celebrity announcers and a few heart felt emotional moments in remembrance of those that we have lost over the last year. Everyone was choked up including main announcer Sal Masekela. The winners of the night included Keala Kennelly for Women's Performance Award, Sion Milosky won the Surfline Overall Performer Award along with multiple generous donations from his fellow award winners, Wipeout of the Year went to Mark Mathews, Biggest Wave Award given to Benjamin Sanchis, Monster Paddle went to Shane Dorian as well as claiming a new record for this 57ft wave and tube ride! The final award of the night went to Danilo Couto for his Ride of the Year at Jaws earning him 50 G's and a 1YR lease on a new truck! In summation, everyone got to see great waves ridden by the best, on huge screens, while chugging Monsters, surrounded by celebrities and tons of OC eye candy with soft undertones of loss and the celebration of life.

This is my account of the night..... Johnny Walters
Posted by Unknown at 1:52 PM No comments: